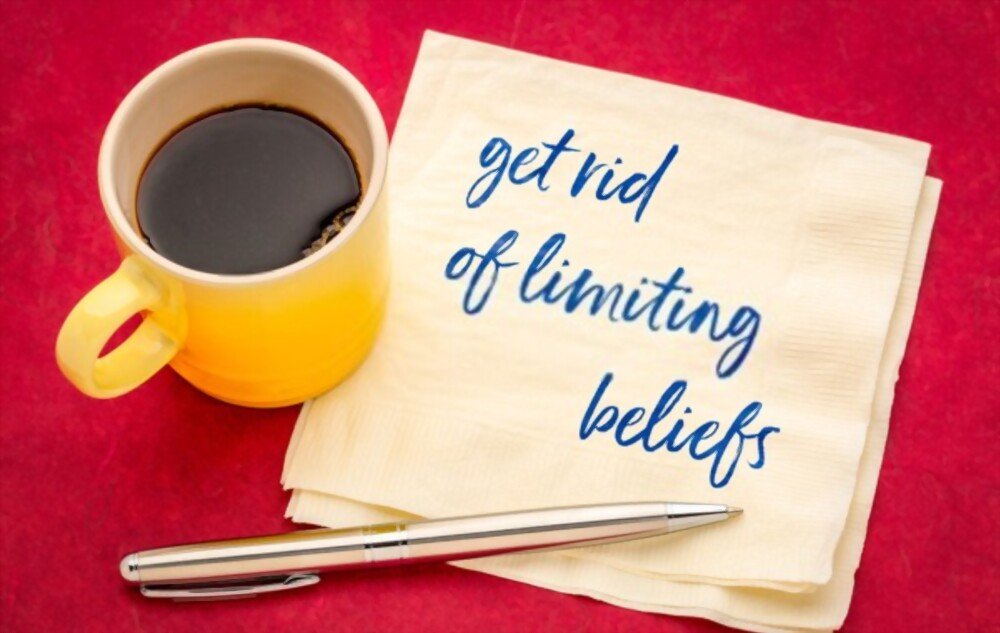 Affirmation is the act of confirming something to be true or maybe a written and oral statement that confirms something true—for example, reminding a child that she is pretty and intelligent.

Affirmation is the word that communicates your love, affection, appreciation, and respect for someone else. These words will be positive, and phrases are used to uplift or encourage someone. 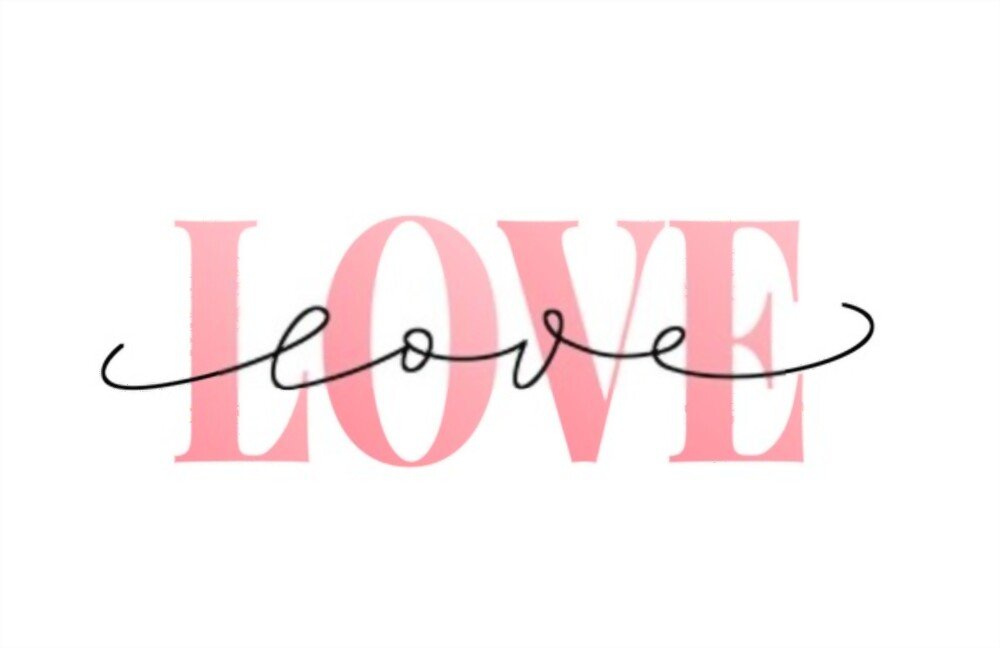 Belief is actually to accept or support the truth said by someone.

For example, belief in yourself means having faith and confidence in your capabilities. 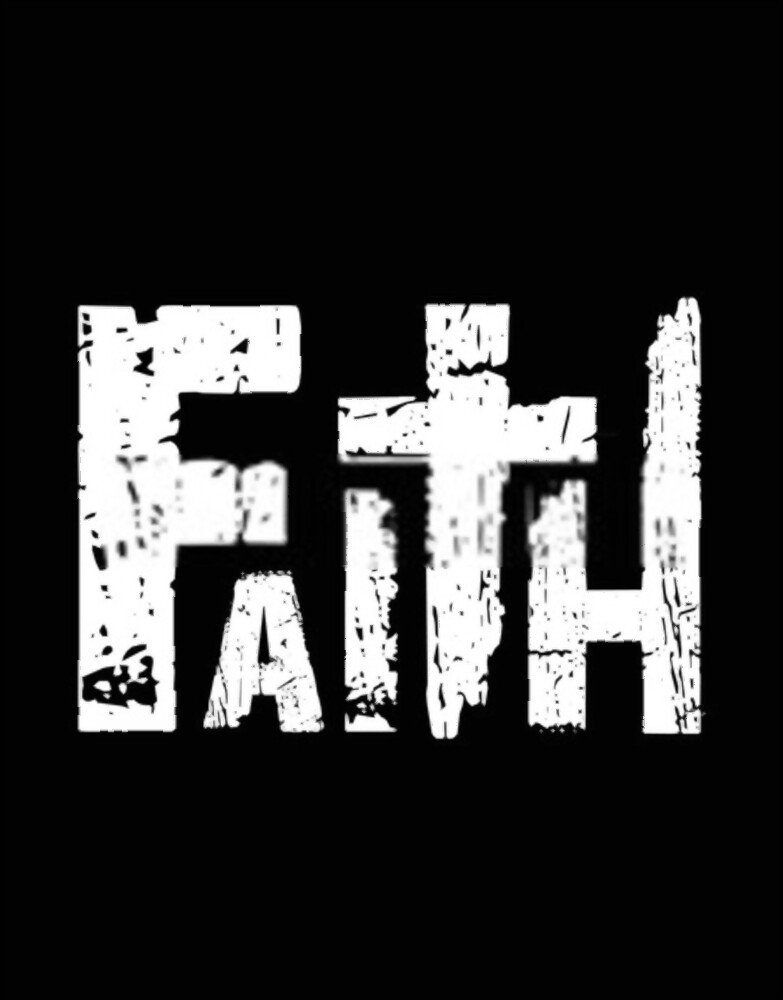 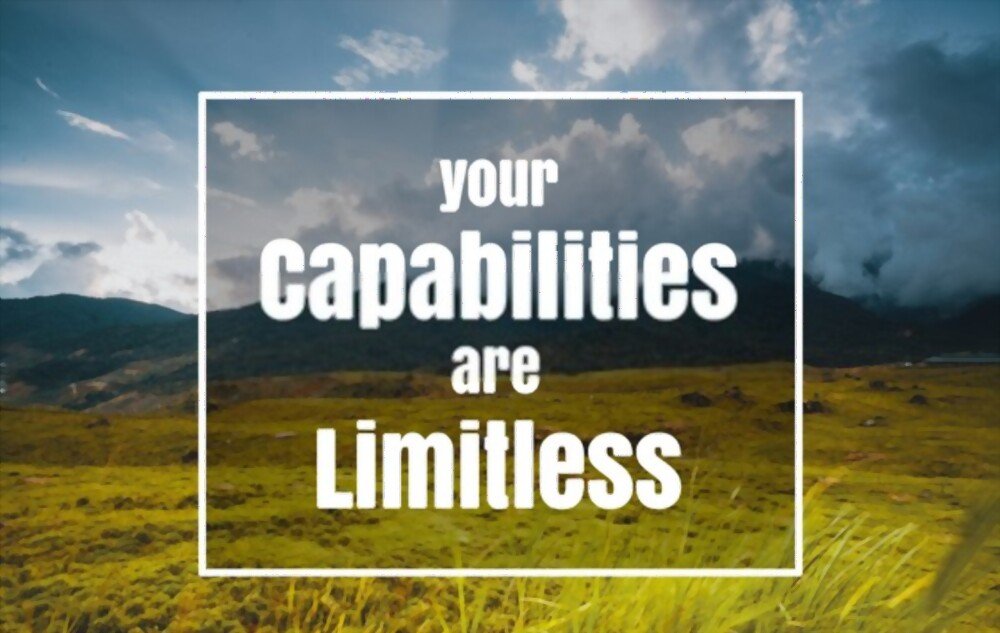 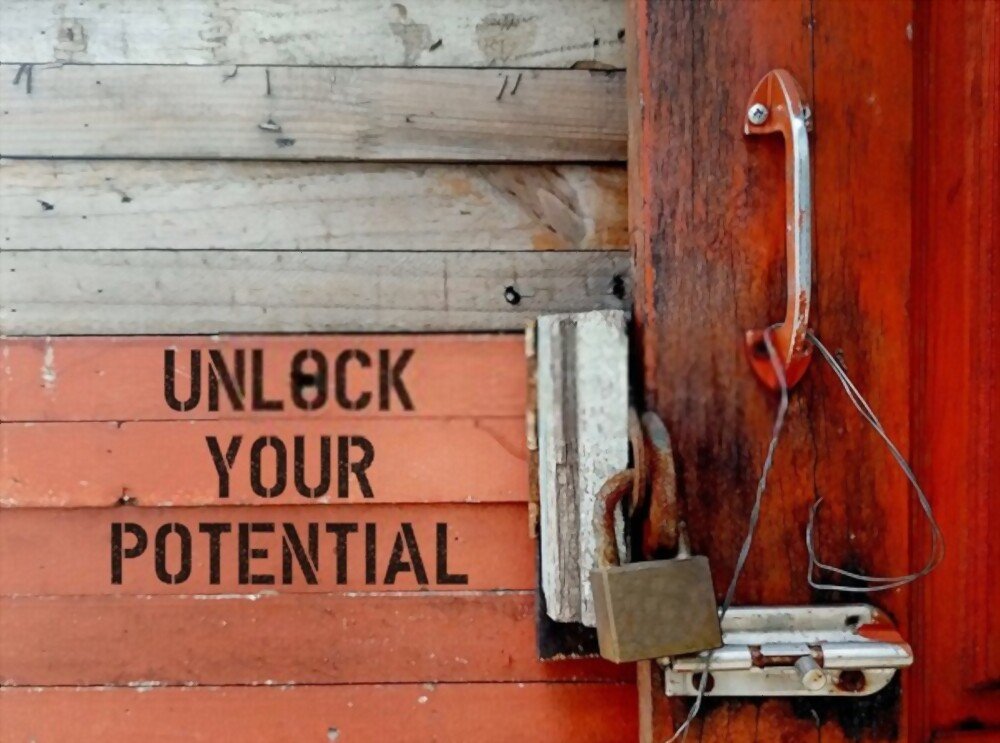 It is mandatory to have self-belief in yourself for your success and achievement of your goals.

While limiting beliefs are thoughts, opinions, and suggestions that one believes to be the absolute truth.

Limiting beliefs are taken in a bad sense because it leads to demotivation.

Also, it tends to have a negative impact on one’s life by stopping them through indirect means from moving forward and growing on a personal and professional level.

Limiting beliefs are good or bad:

Mainly limiting your beliefs is bad because it causes demotivation, which leads to a decrease in self-confidence or self-belief in someone eternally. 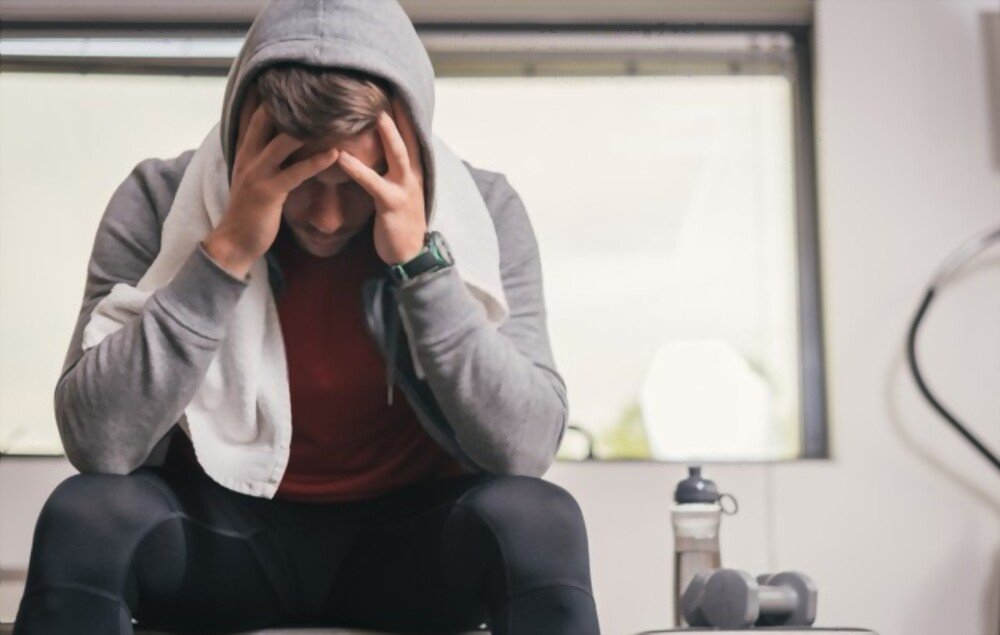 But in some cases limiting belief is better for someone’s life because if someone knows about the reality of themselves, they are able or unable to what?

For example, if someone knows that their voice is not so good for singing and anybody provokes them to sing a song in a ceremony or opt for singing as a profession. But they realized of their voice he/she limits his belief to not to be the participant as a singer at the ceremony or opt as a profession. It will be better for anybody to limit their beliefs in this sense.

“If you accept a limiting belief, then it will become a truth for you.”

Accepting limiting beliefs is good because it will help you know about your reality that what you can do or what to try to need practice and improvement to modify your skills and abilities.

It means to limit your own beliefs, which leads to a decrease in self-confidence and demotivation.

Limiting your beliefs is the main and only reason that makes you away from achieving your goals in life.

“The worst of all beliefs are self-limiting beliefs.”

If you believe yourself to be limited somehow, whether or not it is true, it becomes true for you.

Because your self-beliefs leads to motivation, dedication, and struggle to achieve. 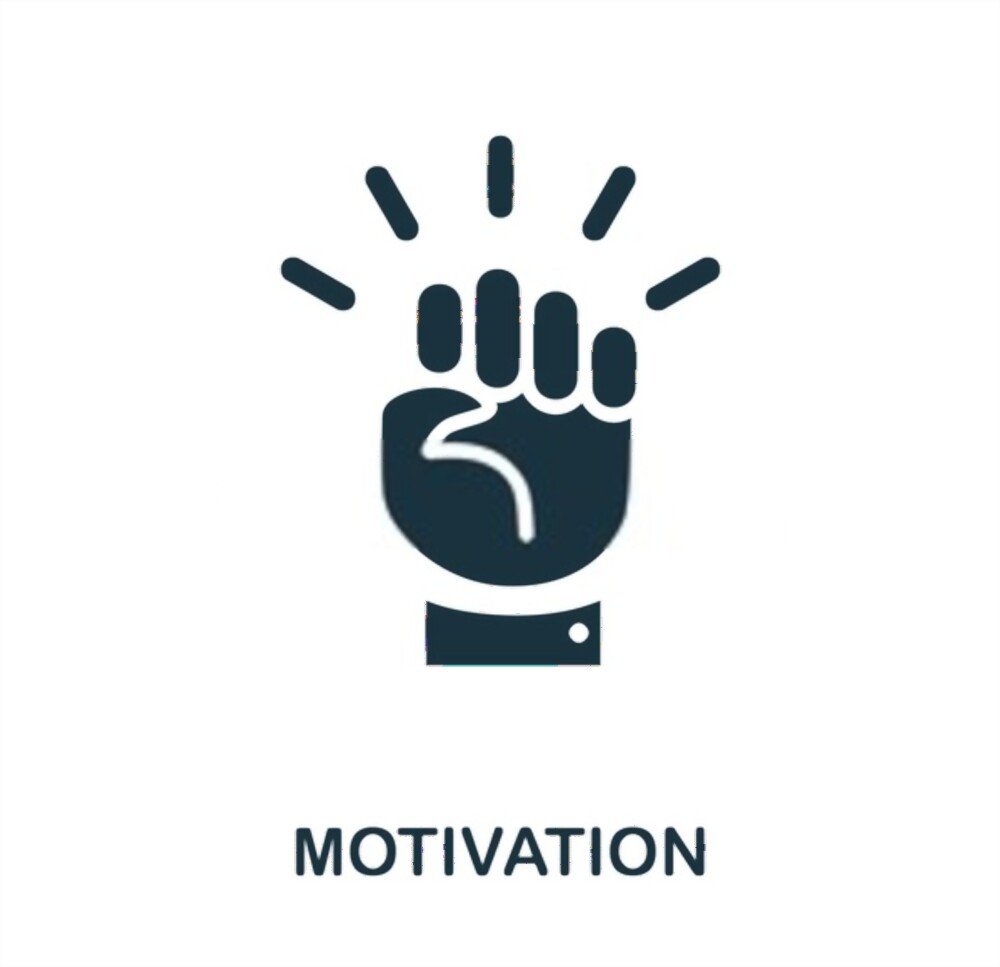 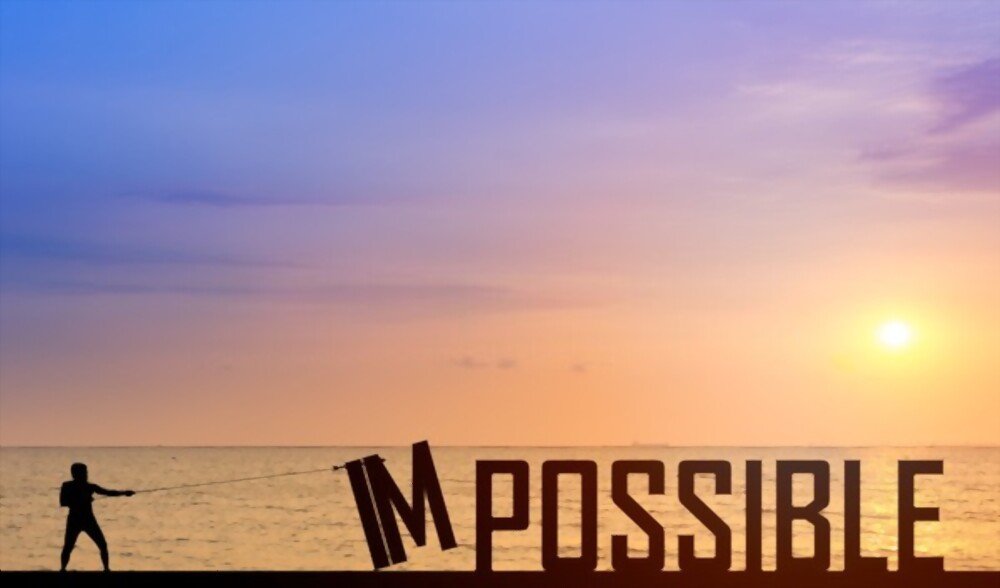 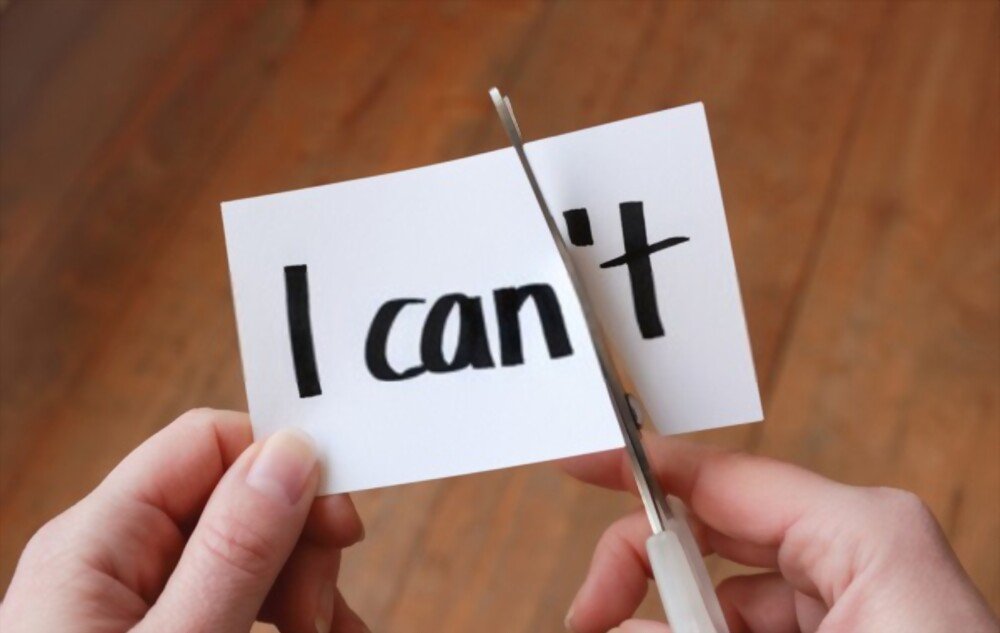 If you believe in something in yourself, you will act as if you were deficient in that particular area of talent or skill.

Overcoming self-limiting beliefs and self-imposed limitations is often the biggest obstacle standing between you and realizing your full potential.

We develop limiting beliefs to protect us from future pain. Usually, they develop in response to painful experiences.

For example, I am powerless: when someone says to themselves that they are powerless, It means that you can stand up for yourself. This result is total because of your limiting self-belief.

Nothing I say is worth being listened to; when someone thinks that their speaking or arguments are worthless, they are limiting their self-belief. It directly leads to a decrease in self-confidence.

Limiting beliefs about the world:

Limiting beliefs does not only come from ourselves; rather, we adopt many erroneous beliefs about our surroundings, or we can say that the whole world is present around us.

For example, I had this unconventional idea when I was young. I believed that anybody who talked to me was only doing so because they wanted something to get it from me.

It was unknown the origin of this idea came from.

I probably got pushed into too many lockers or spent too many pouting Friday nights when I consider myself as a teenager.

As a result of this kind of belief, the point is that this belief prevented me from trusting people for a long time.

And because I wasn’t trusting people, I wasn’t discovering how wrong my belief was.

The most common limiting belief revolves around the world that what other people will and won’t allow us to do.

If you are considering something and your first thought is, “What would people think?” you have already lost.

The reality is that people don’t care nearly as much as you think they do.

They are too busy worrying about what other people think of themselves to worry about you.

Limiting beliefs about life means we make limits to our beliefs directly or indirectly related to our lives.

Finally, we develop many limiting beliefs around what a “normal” life looks like.

Most of these beliefs revolve around time, being too early/late, and what’s real/imaginary.

It is said that;

“The only limits in your life are the ones you create with your mind.”

For example, Missed the Boat ;

This is the “someone’s already done that/tried that/said that/been there” limiting belief where we give up before we even start.

Underneath it all is the belief that there’s not enough left for us.

The world is a big place.

There’s plenty of room for you and me and anybody else who wants to dive in.

Perhaps we can say that this is the most unwavering limiting belief with what exists around us and what doesn’t exist in our surroundings. Sometimes we cheat or misguide ourselves, believing that things are impossible to us to prevent us from trying and failing to achieve them.

“Love between two people is fleeting at best and made up at worst, so why even look for it?”

“Success is just a fabricated ideal created by society to control us, so why do anything?”

“Humans are selfish and will always fuck you over, so why ever get close to someone?” 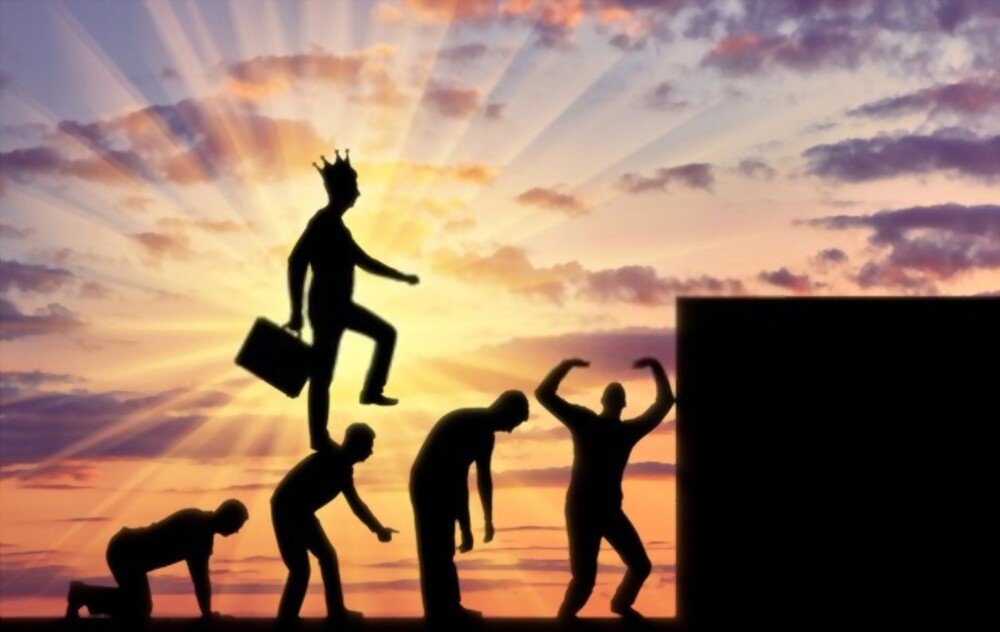 This one is tricky because we almost always buy our gibberish. We think we’re geniuses, head, and shoulders above everyone else. We believe these things are real while the rest of society is betrayed.

“It’s not what you say out of your mouth that determines your life.”

“It’s what you whisper to yourself that has the most power.”

How to identify your limiting beliefs:

There are many ways to identify your limiting beliefs. Some of them are as mentioned below;

An affirmation opens the door to all the possibilities of life and will serve to repel or bring forth something in your life.

If your thoughts create your reality, why not create the most positive, magical, and successful reality you can have?

“If I am waiting until am not scared to start my journey, my journey will never start.

Courage is not the absence of fear but the willingness to move in the face of it. This is my self-love journey.” 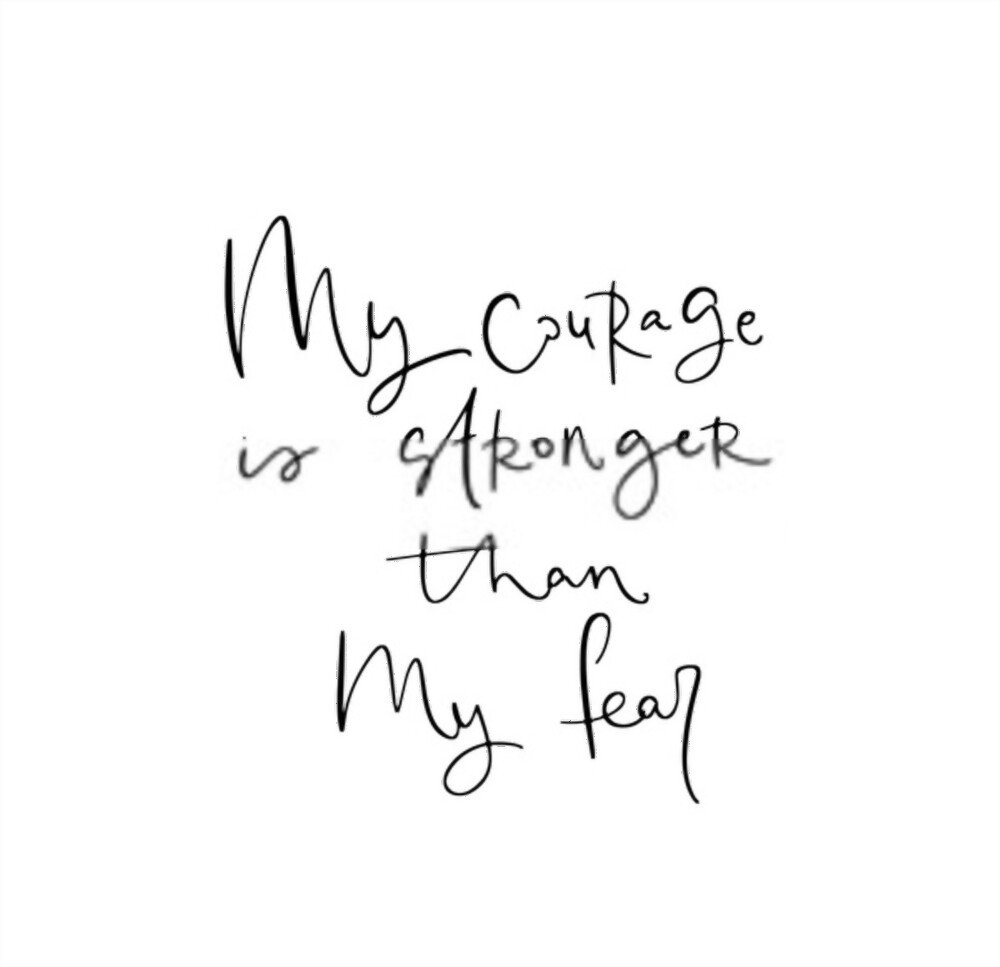 Here’s a beautiful affirmation you can use to begin the process.

I am free of limiting beliefs. Although my parents and society impressed their beliefs on me as a child, I have the final say over what I believe as an adult.

The only beliefs that I entertain are those that are self-nurturing.

I know that beliefs can drive behavior.

Therefore, I critically analyze my thoughts. I see the world in a positive light.

I only entertain ideas that are in line with who I truly am.

I nurture my self-esteem.

I deserve success and happiness, and I have the tools to achieve them.

I can easily recall times when I have been successful. I hold the feeling of winning close to my heart. 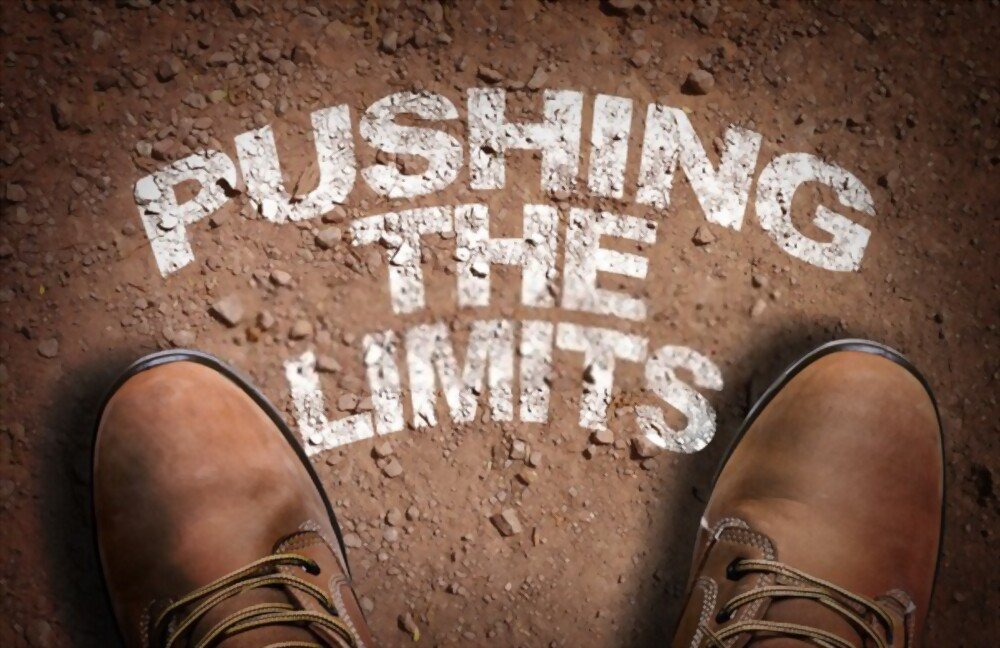 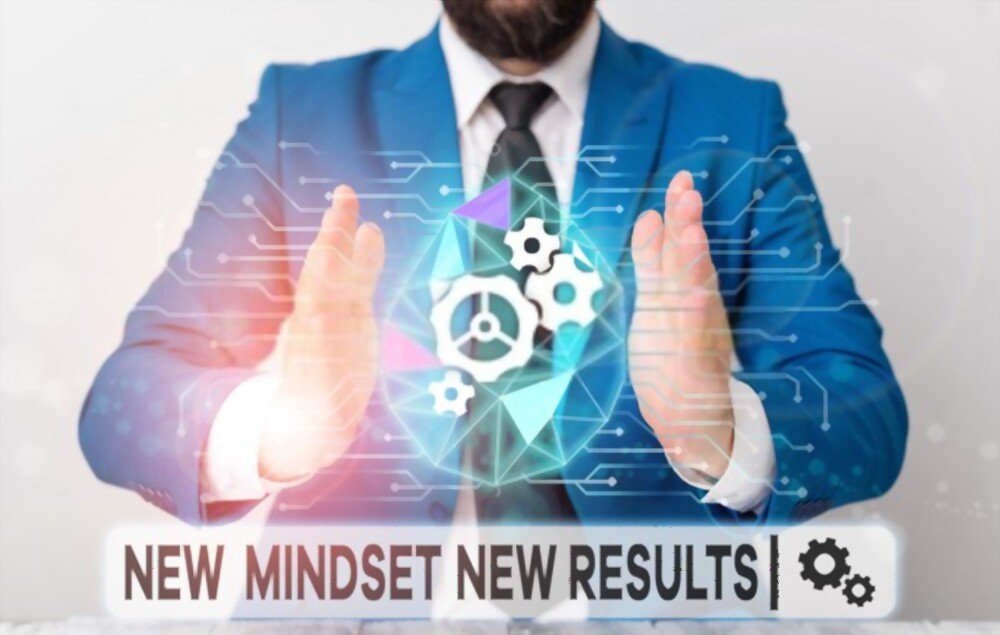 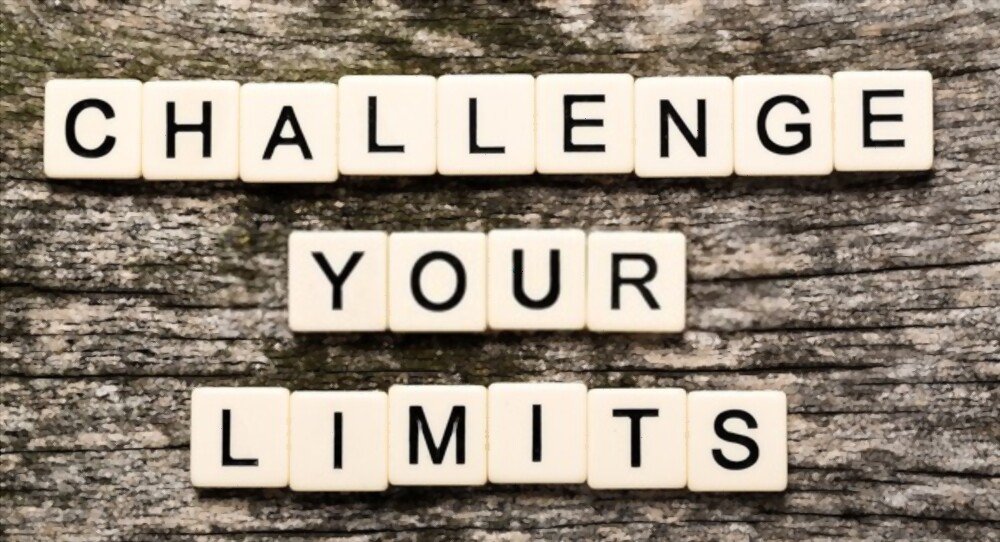 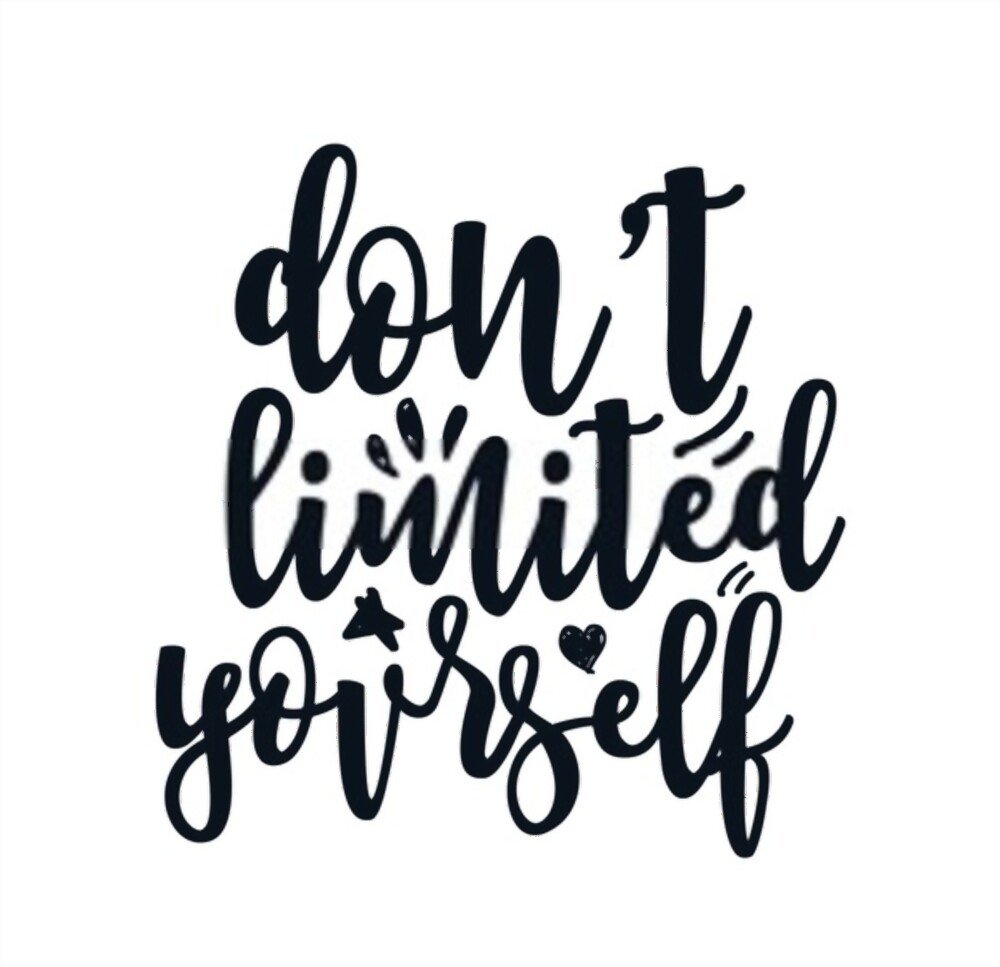 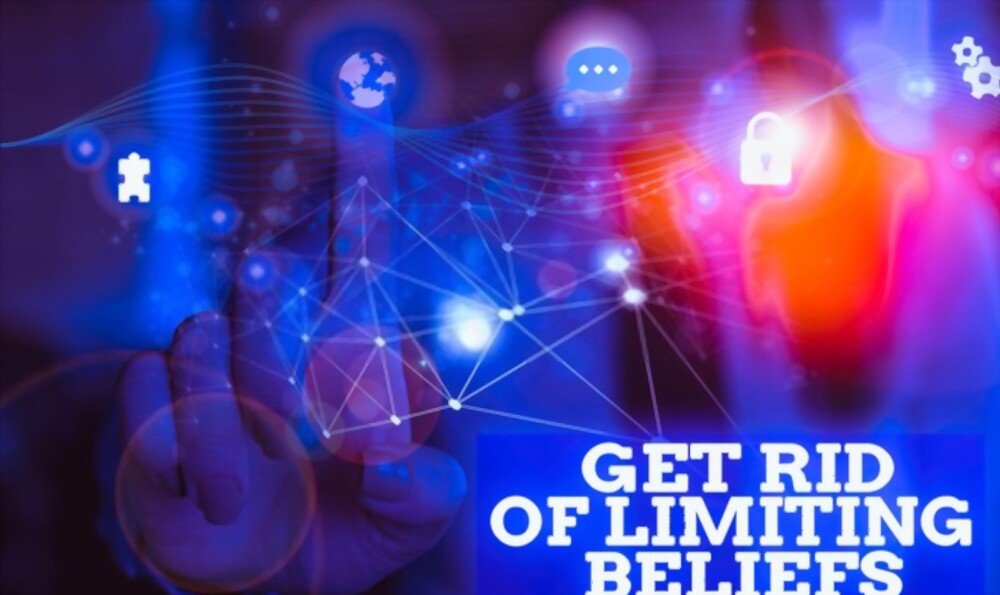 Following are the ways to overcome limiting beliefs:

No doubt, beliefs are directly or indirectly affected by the surrounding environment.

It will help to improve your mental health and encourage positive thinking.

A clean environment gives you the space to think and gain more clarity.

To create a healthy environment, get rid of any clutter you accumulated at home.

It will influence your mindset and help you focus on positive thoughts and beliefs.

Embracing minimalism can help you get rid of false beliefs holding you back.

Its fundamentals are clarity, honesty, and detaching from material things.

Seeing as minimalism is all about your mindset and resisting peer pressure, it could help you reverse limiting beliefs and embrace a more meaningful lifestyle.

Curiosity leads to an open-mindedness that provokes determination to discover the world by exploring it.

Curiosity creates opportunities for you to learn about other people’s beliefs and new ideas.

Beliefs often originate from the thoughts of others that worm their ways into our own, so tackling your thoughts could help you change negative beliefs. To have more control over your thoughts, take a few minutes a day to meditate.

You free your mind from negative or unwanted thoughts and ideas when you meditate. The goal of meditation should be to let thoughts pass through your mind without engaging in them.

If you want to get better beliefs, you must be personally developed first. It means you have to work on yourself. This means actively seeking opportunities for development and growth in all aspects of your life.

Ways to develop yourself include: 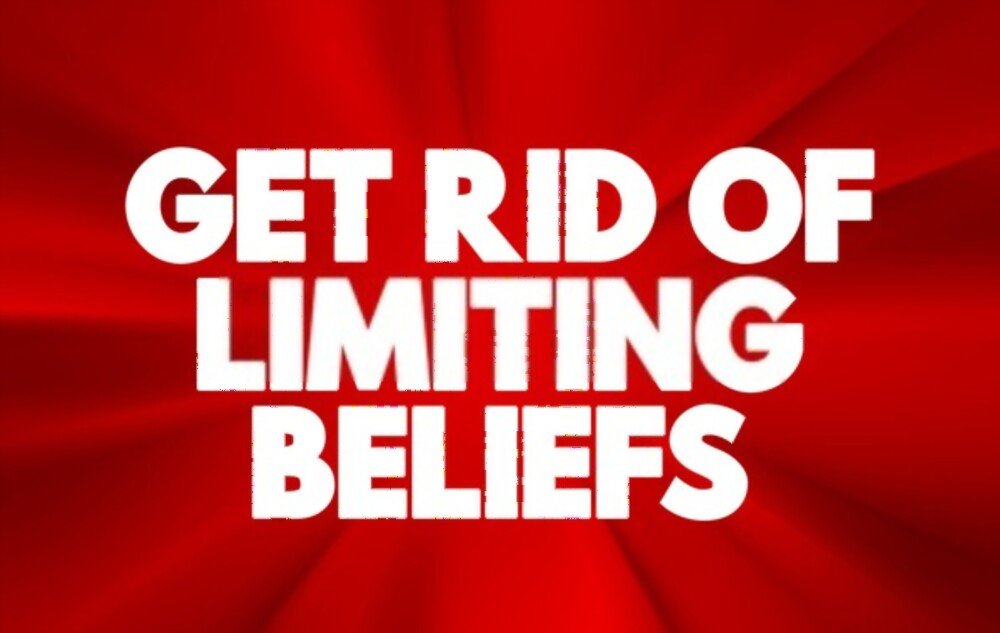 If you struggle with low self-esteem, it can be hard to establish positive beliefs.

However, positive affirmations are a great way to help improve your self-esteem.

They force you to speak about yourself positively, and hopefully, with time, you’ll begin believing your affirmations.

If you have limiting beliefs about how lovable you are, it could limit your ability to attract loving and kind people into your life.

Your positive affirmations should also celebrate your strengths.

Use your successes and strengths to write down affirmations that remind you of just how incredible you are.

This could also give you the courage you need to push yourself and achieve more.

The world is full of beliefs, and as long as there are different kinds of people, this won’t change.

However, you’ve got to figure out which beliefs help you live the life you’ve always dreamed of.

All of the beliefs that keep you from living that life are limiting and should get rid of. By doing so, you give yourself a chance to create a life that supersedes your expectations.